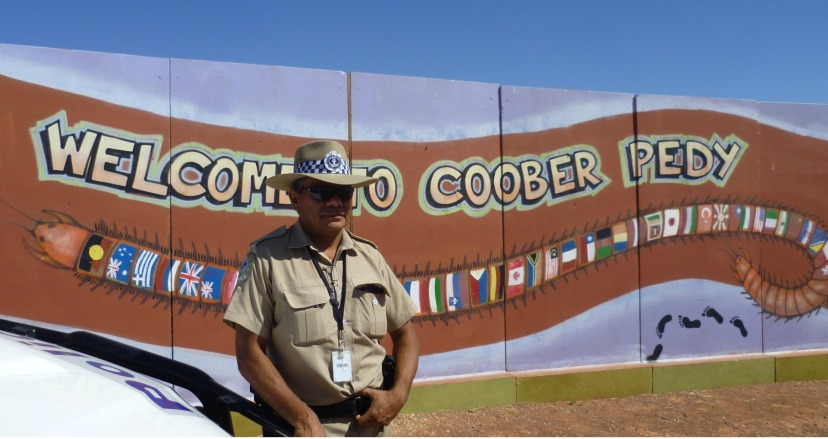 A police officer stands at the welcome sign in Coober Pedy

The conditions, imposed by the Liquor Licensing Commissioner as necessary for public order and safety, came into effect on 30 September 2013.

“We’ve seen excellent results provided in the feedback from Umoona Council, who report a much safer and quieter community.”

“Local health counsellors have reported an ability to engage coherently, with the quality of interactions significantly improved.”

“The average blood alcohol readings of health services clients have now dropped by about two thirds, with some people regularly attending with .000.”

“We have also seen less aggression, with hospital emergency admissions for intoxication down by 50%.”

“Council has also reported an overall decrease in public drunkenness and loitering and a cleaner town with less litter.”

“Local police and officers from SA Police’s Licensing Enforcement Branch will continue to monitor the impact of the new conditions on the community of the Coober Pedy region, but it’s certainly a very positive and encouraging first few months.”