COURT ORDERS FORMER CEO TO PAY OVER $1.2 MILLION IN FINES AND COMPENSATION 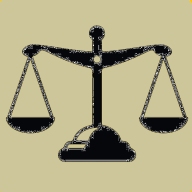 In a ground breaking decision, the Federal Court in Sydney today ordered Mr Damien Matcham, the former CEO of the Katungul Aboriginal Corporation Community and Medical Services (Katungul) to pay over $1.2 million in fines and compensation.

Mr Matcham was also banned from being involved in the management of any Aboriginal and Torres Strait Islander corporation for 15 years.

The proceedings in the Federal Court were brought by the Registrar of Indigenous Corporations, Mr Anthony Beven.

• pay compensation of $705,905.07 to Katungul
• pay a pecuniary penalty (fine) of $500,000 to the Commonwealth
• be disqualified from managing an Aboriginal and Torres Strait Islander corporation for a period of 15 years
• pay the Registrar’s legal costs in the matter.

In an earlier judgment on 11 September 2013, Justice Jacobson found that Mr Matcham had not exercised due care and diligence, had not acted in good faith in the best interests of Katungul, and had improperly used his position as the CEO of Katungul.

In handing down his decision today Justice Jacobson said, ‘The seriousness of Mr Matcham’s behaviour, the abuse of trust which it involved and the absence of any real contrition or appreciation of his wrongdoing, all point toward a lengthy period of disqualification. … Katungul’s funds were deliberately misused by Mr Matcham to confer benefits on himself to the detriment of Katungul’s charitable objectives.’

Mr Matcham was found to have paid unauthorised bonus and time in lieu payments to himself of more than $515,000 from 2008 to 2011. He also received unauthorised payments for excess superannuation, recreation leave and other non-salary payments.

Mr Matcham incurred personal expenses on Katungul’s credit card and signed a mortgage over a Katungul property to secure a $200,000 bank overdraft for the corporation.

Katungul is a not-for-profit corporation that provides essential primary and secondary health services to Aboriginal people in the far south coast region of New South Wales.

‘This is a significant decision and the scale of the orders is unprecedented in the Aboriginal and Torres Strait Islander corporate sector,’ Mr Beven said. ‘This should send a very clear message that there are serious consequences for corporation officers that fail to meet the standards expected of them.’