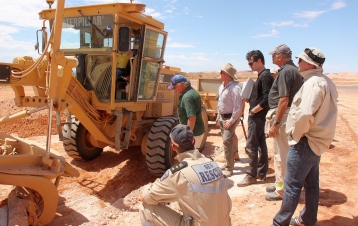 The South Australia Police Branch responsible for investigating the state’s most heinous crimes is to be expanded.

Major Crime Investigation Branch (MCIB), which is responsible for tracking down murderers and putting them before the courts, will expand from its current 20 investigators to 34.

The expansion is due to the nature and complexity of murder investigations changing significantly in the last several years. Today, most investigations are extremely sophisticated and require hours to be spent analysing CCTV and meeting disclosure requirements.

Paul Dickson, Assistant Commissioner (Crime), explains the additional staff will help meet these demands and ensure arrests are made as quickly as possible.

“The increase in numbers will further enhance our ability to investigate the most serious and complex offences committed within South Australia,” he said.

“We understand the impact that these crimes have on the families of victims and the community as a whole. This new resourcing model will give us a greater capacity to respond to murder investigations.”

The additional 14 members will be made up of:

Another important change to the structure is the allocation of two (existing) Detective Sergeant positions dedicated to reviewing the 90-odd cold case murder files on SAPOL’s books.

Targets, including some high profile cases, have already been identified in the hope that new investigative opportunities can be identified.

“However, our investigations into the Bell and Williams’ murders will not stop until we can locate the girls’ remains and return them to their families,” he said.

The changes are expected to be finalised by mid-year.