New rules come into effect from today regarding the purchase of alcohol in Coober Pedy.

The South Australia Liquor and Gambling Commissioner, Paul White, announced the new rules for take-away alcohol sales in the outback township in an effort to curb alcohol-related violence and anti-social behaviour.

Takeaway sales of cask wine will be banned, while wine and spirits will be limited to one bottle per person per day.

Takeaway sales will also banned to anyone from defined “prescribed lands”, including the Umoona Community, Anangu Pitjantjatjara Yankunytjatjara (APY) Lands, and other Aboriginal lands in South Australia, Western Australian and the Northern Territory.

Educational posts have been produced  in both English and Pitjantjatjara in order to explain the new rules to the community. 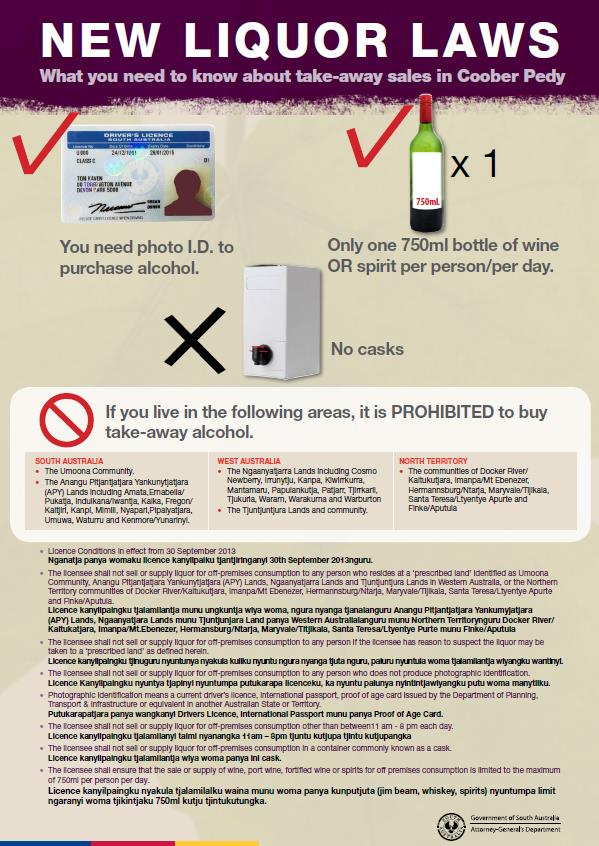