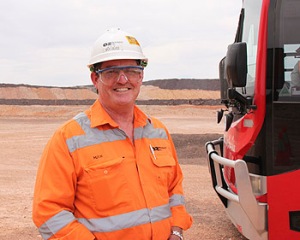 OZ Minerals announced today that Executive General Manager Mick Wilkes has accepted an exciting new role as CEO of the Australian based gold mining company OceanaGold Corporation and will be leaving OZ Minerals at the end of the year.

Managing Director and CEO of OZ Minerals Terry Burgess said, “We congratulate Mick on attaining his new role and wish him well in this important move in his career. Mick has made a highly valuable contribution to the development of OZ Minerals, including the successful development and management of the Sepon gold and copper project in Laos and the Prominent Hill copper/gold operation in South Australia.”

Executive General Manager Projects and Technical Services John Nitschke will also be leaving the Company at the end of 2010. John and his group have recently completed the Ankata underground copper mine feasibility study – now in development as scheduled. John has made significant contributions to the technical development of the Company’s current and prior operations, including Prominent Hill and has built a capable team of mining and metallurgical engineers who remain at OZ Minerals.

Given the ongoing focus on Exploration and Business Development, under the leadership of Tony Houston, Marcel Van Eck and Richard Hedstrom, the completion of the underground study and the excellent performance of Prominent Hill, these two positions will not be filled. In addition, some other changes have been made within the Company to further reduce corporate costs and simplify the reporting structure under both the CEO and CFO, Andrew Coles.

Terry Burgess said, “I would like to thank both Mick and John for their significant contribution to OZ Minerals’ current level of success with operations, community relations and site culture, and their leadership, technical expertise and commitment through both good and tough times. Going forward with this solid foundation in place, we can have a flatter management structure that reflects the current single-mine nature of the company.”

On a separate and unrelated matter; the Company noted at its strategy announcement in November 2009, that it would gauge the views of shareholders on the execution of the strategy and appropriate capital management on an ongoing basis. It appears that a year later, most shareholders remain supportive of OZ Minerals’ continued discipline in applying its strategy and the retention of sufficient funds to maintain its ability to access and quickly execute opportunities that meet its investment criteria. Available funds have increased through the year as a result of Prominent Hill cash generation and the Board is currently considering various options to return capital to shareholders, surplus to potential investment requirements. The Board expects to be able to announce its plans for capital management with the release of the 2010 Annual Results in mid February.