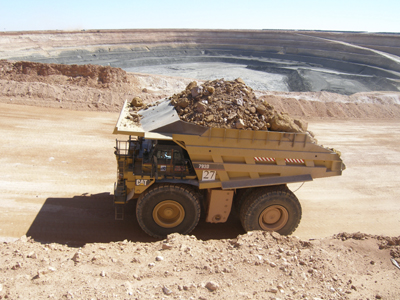 The Treasurer of Australia (Wayne Swan) has today released the following statement. “Today I advise of progress in my consideration of the takeover proposal by China Minmetals Non-Ferrous Metals Co Ltd for 100 per cent of OZ Minerals Ltd.

Under the Foreign Acquisitions and Takeovers Act 1975, all foreign investment applications are examined against Australia’s national interest. An important part of this assessment is whether proposals conform with Australia’s national security interests, in line with the principles that apply to foreign government related investments.

It is not unusual for governments to restrict access to sensitive areas on national security grounds. The Government has determined that Minmetals’ proposal for OZ Minerals cannot be approved if it includes Prominent Hill. I have informed Minmetals of this decision.

Discussions between the Foreign Investment Review Board and Minmetals are continuing in relation to OZ Minerals’ other businesses and assets, and the Government is willing to consider alternative proposals relating to those other assets and businesses.

The Government issued an interim order on this application on 23 March 2009. Commenting on the statement, OZ Minerals Limited Managing Director and CEO, Andrew Michelmore said, “OZ Minerals is now in discussion with Minmetals regarding possible changes to the proposed transaction structure in light of the Treasurer’s statement and will make a further announcement in this regard as soon as possible.”

OZ Minerals remains in constructive negotiations with its banks regarding the pending extension of certain of its loan facilities due on 31 March 2009.