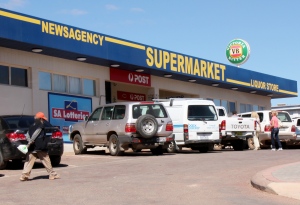 Three individual winning entries each worth $1,428,571.43 were purchased in Coober Pedy, Port Lincoln and West Beach in South Australia.

There were also two winning syndicates of 20-members each in Berri and Port Adelaide.

“I’m fairly shaky at the moment! This prize money will definitely take care of the mortgage,” the winner said.

“We’re very happy. My husband and I are going to go away on holiday and think about how to use our prize money.”

SA Lotteries spokesperson Zoe Knobel said there is still one mystery winner in the state.

“The unregistered winning entry worth more than $1.4 million was purchased from Beer’s Newsagency, 46-47 Tasman Terrace in Port Lincoln.A 20-member Saturday X Lotto syndicate in Berri will split a total prize of $1,635,279.00 and claim a share of $81,763.95 from Saturday’s Megadraw. The winners purchased their syndicate entries from Berri Newsagency, Shop 2A, Vaughan Court in Berri.

Zoe Knobel said that people still need to check their tickets. “If you believe you may be holding that valuable X Lotto Megadraw ticket, contact SA Lotteries now to start the prize claim process and kick-off your New Year as a millionaire!” she said..