Local businesses from Coober Pedy and the Far North of South Australia ranging from tourist attractions and tour operators to wineries and accommodation will all compete in their respective categories for the opportunity to be named one of the State’s best tourism operators. 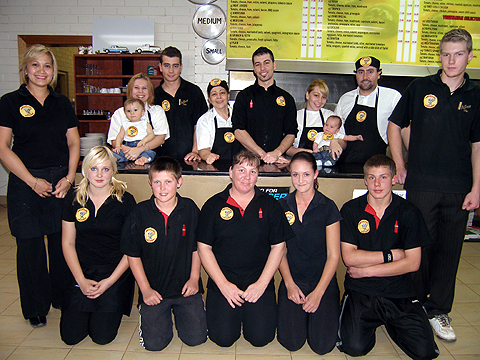 John’s Pizza Bar Manager, Peter Ikonomopoulis said,  “it’s great to see some of the Far North venues involved in the Flinders and Outback Awards.  It will be nice for the region if one of the nominated finalists brings home an award again this year. It would be specially great for the Innamincka Hotel who bridge an important  tourism gap in the vaster remote outback areas”.

Customer Reviews say it all..
By D Mann
“This place makes the best Pizza in SA! They also do steaks that are that big they have to be seen to be believed. We stayed in town for 8 days and had lunch and dinner there EVERY DAY!!, (also did breakfast-they have awesome breakfast menu too!). MUST TRYs: PIZZA!! Garlic or Chilli Prawns. Steak Dianne. Souvlaki/Yiros. Pastas! “

By DElz
This is a pretty good pizza bar for such an isolated town. They sell nice pizzas with a base that tastes similar to Focaccia bread. The meals are really nice there and they have good lasagna. They also serve amazing cakes and ice cream. The smoothies are very yummy and filling. This is a good value for money place to eat”.

The Old Timers Mine is an original opal mine dating back to 1916. The old time miners had backfilled the shafts, hiding the mine below. Who knows why they never returned to dig out the opal still waiting. It wasn´t untill 1968 that the hidden mine was accidentally discovered when an underground home extension broke through, revealing much precious opal which is still there for you to see today. 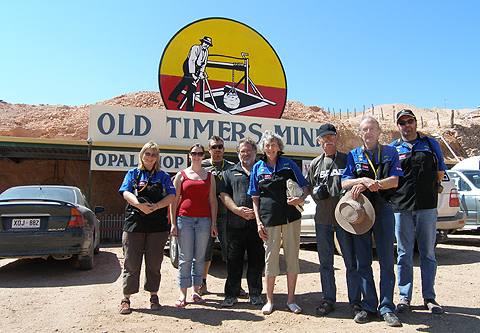 Vistors from Redondo Beach, California said of the Old Timers Mine ” This place is a slice of history of Opal mining in Coober Pedy complete with an interactive, hands on demonstration of old time mining machinery. Underground home that was actually lived in with the 1970’s furniture still there! Fascinating, a must see!”.

Innamincka Hotel is a stop over for pastoral workers with the addition of everyday travellers, blokes on fishing/camping trips, mining contractors, tour groups, truckies, and international explorers to name a few. 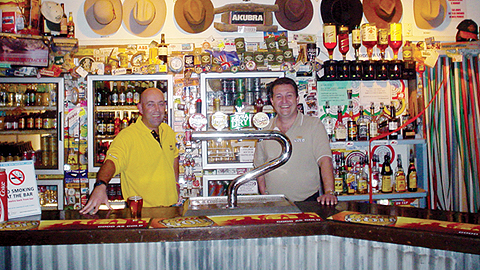 Many fund-raising groups like 'Autism Aspects Australia' target Innamincka as a destination. Benny (Adelaide) Tommy (Adelaide) & Figgy (Sydney) rode from Sydney to the Simpson Desert to raise funds for their organisation

The front bar is barely unchanged from the 70’s with walls of history and photos dating back to the early 1900’s plus endless memorabilia to view. The bar menu is hearty with our Steak Sandwiches and OBE Organic Burgers being the talk of the outback. With eight icy cold beers on tap and an impressive bottled selection, whether you sit inside the pub or venture out to the front benches under the big sky, you are sure to hear some great yarns and meet new friends.

The new “Outamincka” was recently described by a traveller as “The Taj Mahal” of the outback with its striking contrast of corrugated mini orb, spotted gum beams.  With its own kitchen and char grill the steaks are memorable as are the fresh shuck yourself Whyalla oysters.

South Australian Tourism Industry Council Chief Executive Ward Tilbrook says the competition will be strong with an increase in entries reversing a four year trend highlighting the value of tourism to South Australia with the Awards being an important way to acknowledge the hard work and achievements of our State’s tourism industry”.

Winners in each category will go on to represent South Australia at the Australian Tourism Awards being held in Hobart in February next year.

The Awards Presentation Ceremony and Gala Dinner will be held on Saturday 7 November at the Adelaide Convention Centre, with tickets on sale at www.satic.com.au/gala-dinner