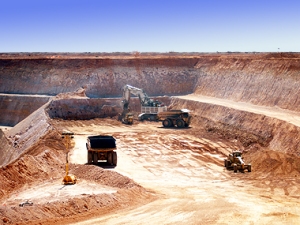 Work in progress at the Prominent Hill Mine Site

OZ Minerals Limited notes that a Class Action claim against it has been lodged in the Federal Court of Australia today by listed legal group IMF (Australia) Ltd. The action is on behalf of clients who purchased shares  from Aug. 21, 2008 and to the end of November 2008.

OZ Minerals shareholders have been raising funds for a class action alleging that the miner failed to disclose the details of its debt. OZ Minerals said at the time it had complied with its obligations under the Corporations Act and the ASX listing rules and refutes any allegation that the company engaged in misleading or deceptive conduct.

No proceedings have been served on the Company, but OZ Minerals, as it has previously stated, will vigorously defend the claim.