Coober Pedy, Ceduna, Kadina and Naracoorte have been targetted as likely candidates to lose their vital court systems as South Australia struggles to recover financial deficits suffered in the recent stock market crash.

Regional and remote communities will be hit in the pocket if court services are deployed to an inconvenient central point at a new State-of-the-art  courthouse in Port Augusta officially opened on the 15 June 2007 at a cost to the taxpayer of more than $12.5 million.

Regional courts provide a quantity of services to local residents in remote regions including a Justice of the Peace service in a central location, five days a week; administration of fines, payment schemes and calling in payment defaulters for determination outside of court week.  They provide a local access point for obtaining and lodging all court-related process documents for police and other government departments and coordinate the lifting of matters for court week with prosecutors and solicitors, and quite importantly provides local employment for two people in each location while giving large communites and towns a very valuable service. 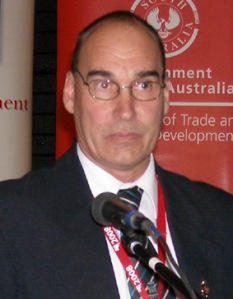 Mayor Steve Baines of Coober Pedy in describing  the situation, said “it is stupid, ludicrous and unacceptable, with no community consultation whatsoever and the inability to find anyone who will give out official information about it.   It is extremely disappointing, that we may lose this service along with two staff, who may or may not be relocated a great distance from their home, or otherwise made redundant. As for correspondence regarding this, we have received nothing official, except that two government employees were sent here recently to discuss the deployment of court services with both court staff and local police”.

It appears that regions affected will have nobody on hand to provide expert information to the public on legal matters relating to them if the courts suffer this serious reduction in service.  This aspect appears as being glossed over by the government where in reality will create further disadvantage to residents in commuting from remote areas and all that it entails for them.  It is not the roll of the police to provide information on court matters, nor is it within the expertise of post office staff, who will ultimately be in the firing line of enquiries and most likely have to pick up the service of  fines payments.

Mayor Allan Suter of Ceduna is equally as shocked at the suggestion of losing their vital court service and spoke publicly stating, “We have quite a busy court and the frustrating part of this is that as best as I can determine, it isn’t going to save any money; it’s just we will lose some jobs, people will fly in, the court will be cumbersome and clogged up with minor matters that could’ve been dealt with outside of court week, and it just absolutely makes no sense at all”.

“I don’t know whether it’s a State Government decision, but I do know that it’s certainly an administrative decision by someone steering a desk around in  Adelaide. There has been  absolutely no community consultation at all as happens all too often and you find out at the eleventh hour without an opportunity to discuss how stupid a move it really is”,  said Mayor Suter.